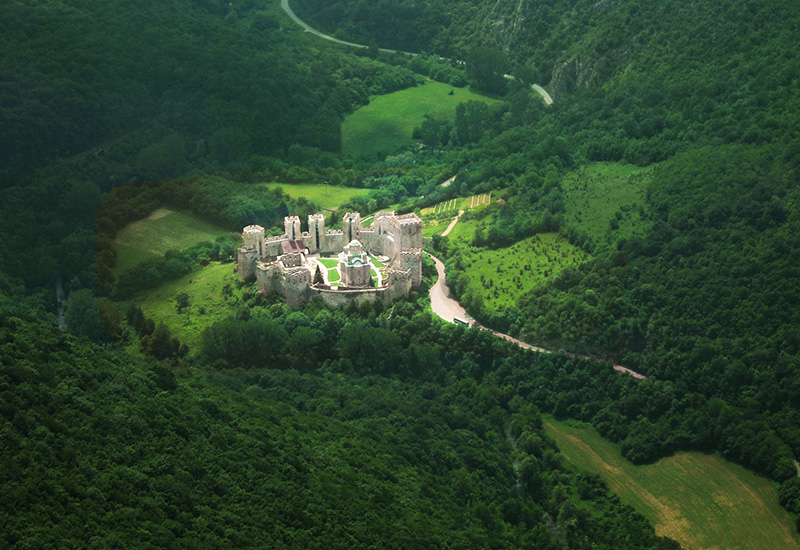 “Surrounded on all sides with high hills, the silhouette of twelve preserved towers alone leaves a strong impression; it is intensified by shimmering of six metal domes with golden crosses of the white marble church, which, against the dark background of the brown fortress rim, stands out as a shiny gemstone.”