During Byzantine Emperor Heraclius (640 a.d.) Slavs were allowed to settle in Balkan Peninsula.
At the time, the Serbs arrive to a part of Balkans in which they establish the Serbian state.

At the end of 17th and the beginning of 18th century Austria led wars against Ottomans, mostly on the territory of Serbia; in these wars Serbs took Austrian side, considering that as the way of liberation from Turkish domination. Such promises were given by Austrian Emperors. Serbs took part in Austro-Turkish war (1683-1699); and while the Austria had to retreat The Great Migration of Serbs occured in 1690, under Patriarch Arsenije III Carnojevic to the lands of Austria and Hungary. At the time, Albanian tribes accepted Islam and in their freedom, with no fear from Turks they settled in Serbian lands and homes. Austrian administration was much harsher than Ottooman one. When Peter the Great, the russian Csar, begun war against Turks (1711) he summoned the Serbs and other Christians to stand up and fight together. At the end of 18th century the forming process of Serbian state begins. In 1804 Serbian people engaged into struggle with Turks alone. With the outbreak of the First Serbian Uprising, Serbia fights for its freedom, and eventually succeeds in the times of prince Mihajlo Obrenovic. 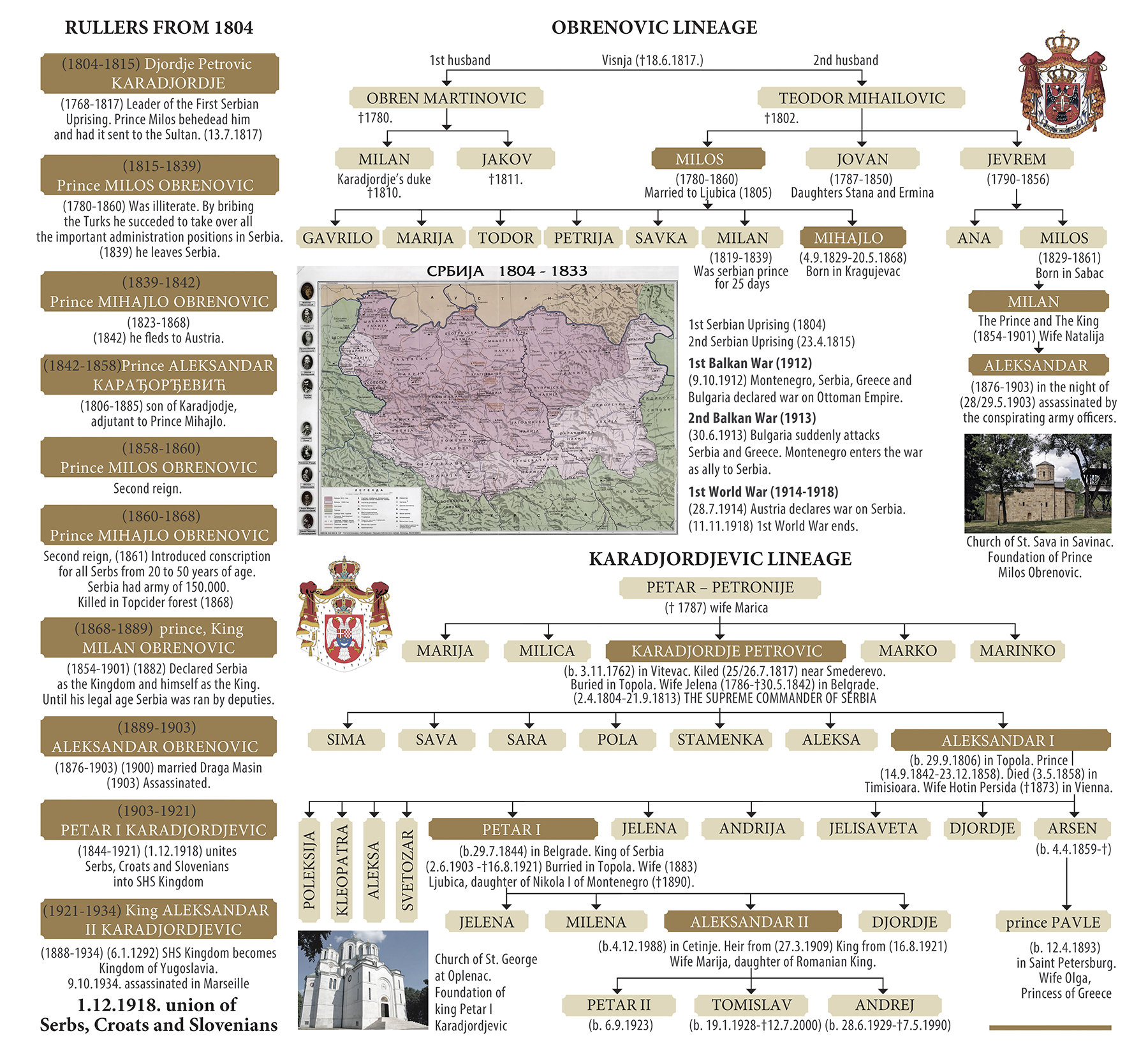